Pagan Gods is a universe of Slavic myths, legends and folklore. So, you are a wayfarer that wandered into the Village once upon a time. To achieve success and glory, you have to summon and lead an army of courageous warriors! In order not to delay exciting adventures until later, we provide you with loyal soldiers from the very beginning.

They crave for battles under your command and are waiting for the go-ahead to crush your opponents! (aforementioned terms constitute the player's starter kit).

Each warrior represents a unique NFT card. A detachment is formed from individual fighters. You can exchange/sell warrior after you have enough new cards (characters) to compose a squad (fighting force). There are 3 ways to gain some honor and find wealth within the precincts of

Pagan Gods. You have the right to travel from the Village to any of them:

Engage in epic battles for the right to possess unique cards and the rarest resources. Form an alliance with other players and bid defiance to mythical creatures or even gods! 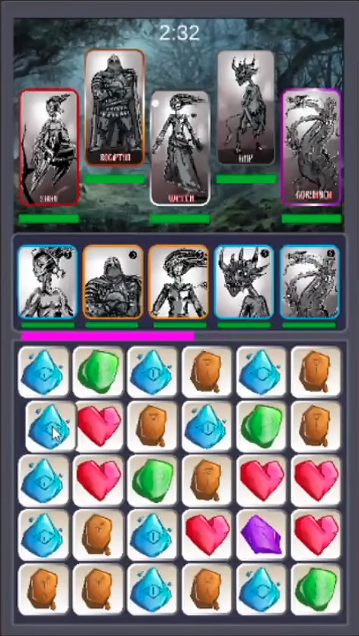 No gameplay images yet 🙄 will be added soon